Robert A. Clifford, founder and senior partner at Clifford Law Offices, will moderate the two-hour program. 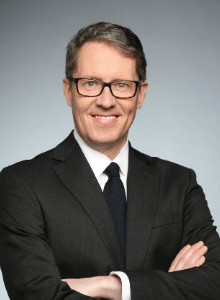 James A. Doppke, Jr. is a partner in Robinson, Stewart, Montgomery & Doppke, LLC. For the last several years, he has concentrated his practice in professional responsibility issues of all kinds, including ARDC defense, bar admissions, and other ethics consulting. Jim began his career as a legal aid attorney in Will County, and then worked as a prosecutor at the Illinois ARDC from for nearly 15 years. There, he handled the investigation and prosecution of numerous attorney misconduct matters before the Hearing Board of the Commission and the Supreme Court of Illinois. He has also participated in presenting many MCLE- and PMCLE-accredited programs on legal ethics issues, including a series of presentations on the ethics of e-discovery. Jim is a graduate of Loyola University Chicago School of Law, and he received his B.A. from the University of Notre Dame. 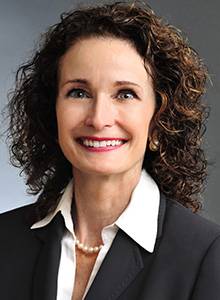 Jayne Reardon is the Executive Director of the Illinois Supreme Court Commission on Professionalism. A tireless advocate for professionalism, Jayne oversees programs and initiatives to increase the civility and professionalism of attorneys and judges, create inclusiveness in the profession, and promote increased service to the public.

A frequent writer and speaker on topics involving the changing practice of law, Jayne asserts that embracing inclusiveness and innovation will ensure that the profession remains relevant and impactful in the future.
Jayne’s prior experience includes many successful years of practice as a trial lawyer, committee work on diversity and recruiting issues, and handling attorney discipline cases as counsel to the Illinois Attorney Registration and Disciplinary Commission Review Board. 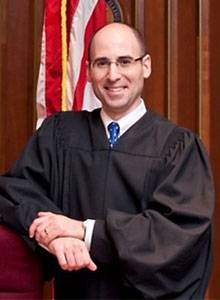 Hon. Daniel B. Shanes, Lake County Circuit Court and Chair of the Illinois Judicial College Board of Trustees

Daniel B. Shanes is a Circuit Judge of the 19th Judicial Circuit in Lake County, and is the Presiding Judge of the felony division.

First selected as an Associate Judge in 2007, Judge Shanes was subsequently elected and now serves as a Circuit Judge. Prior to his appointment to the bench, Judge Shanes served as an assistant State’s Attorney and division chief for nearly 12 years. During that time, Shanes was a founding team member that created Lake County’s successful Drug Court. Prior to joining the State’s Attorney’s office, he served as a judicial law clerk to Justice Robert J. Steigmann of the Illinois Appellate Court.

Judge Shanes has received numerous awards and recognitions for his work on behalf of the justice system, victims of crime, and judicial education. He is active in the community in many ways, from having coached youth sports to serving on the Board of Directors of a local homeless shelter and transitional living facility for women and children. Judge Shanes has also served on the Board of Directors of both the Illinois Judges Association and Lake County Bar Association.

Judge Shanes received his J.D. from DePaul University College of Law, where he served on the DePaul Law Review, and his B.A. from the University of Iowa.

Out of the courthouse, Judge Shanes is at the bottom of the family totem pole with his wife, four children, and two dogs.